This website uses cookies to ensure you get the best possible online experience. By continuing to use our website, you agree to the use of cookies.
From society house to cinema, from cinema to border crossing point.
Piia Sandra Sandrak 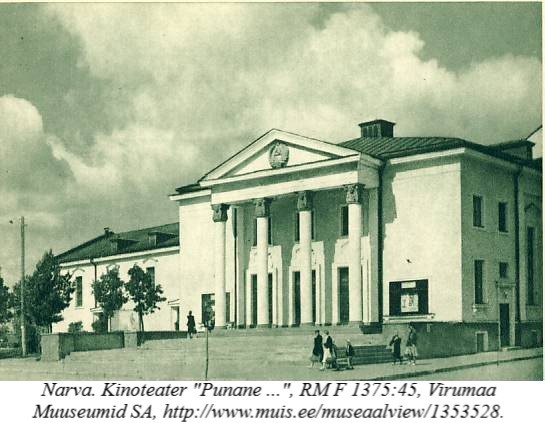 And we have arrived at the border crossing point of Narva! Back in the day, there was a building here that hosted song- and play society called 'Ilmarine' that was organized in 1874. During the Soviet era, it was abolished and the society became active again decades later, in the year 1988. Soviet powers built a new cinema on this location that was called 'Red ....' What was the name for the cinema that is also shown on the picture - Red ....?